You Are Here: Project: Cell death dependency of Leishmania exit from infected macrophages

In order to establish infection and persist as a parasite population in the host, Leishmania major (L. major) has to undergo cycles of infection, intracellular proliferation, and transit to new host phagocytes. Therefore, the exit from an infected primary host cell and uptake by new, secondary infected cells are central to the parasite’s lifestyle in the infected patient. However, the underlying cellular and molecular mechanisms have remained elusive. Live cell imaging suggests that parasites leave damaged host macrophages by parasitophorous extrusions, and that the exit is closely connected with cell-to-cell transfer. Our preliminary work also reveals that macrophages appear to sense amastigote membrane proximity and phagocytose parasites from infected cells. Consequently, we hypothesize that cell death induction is a central mechanism underlying both the exit of L. major from infected host cells and uptake into new host cells. Furthermore, a high proliferation rate of has been observed in parasites shortly before cell-to-cell transfer, thus, the physiological state of L. major might affect cell death induction.

Consequently, in this project we will focus on the link between cell death induction and parasite proliferation with L. major exit. By the combination of both human and mouse live cell imaging, flow cytometry quantification of the exit process and intravital 2-photon imaging of the site of infection in a mouse model, we expect to identify cellular and molecular mechanisms involved in this fundamental process crucial for Leishmania persistence, propagation and pathogensis.

Specifically, we will (1) elucidate in vitro and in vivo the possible modes of cell death associated with L. major exit and transfer to new host cells, (2) manipulate the identified candidate cell-to-cell transfer mechanisms in order to prevent the exit and dissemination of the parasite in vitro and at the site of infection, and (3) identify candidates of the L. major secretome/proteome within the infected host cell which are linked to high pathogen proliferation, the induction of host cell death, and parasite exit.

With the characterization of the host cell death pathways and parasite factors associated with the induction of L. major exit, the proposed research should identify unrecognized virulence elements critical for pathogen survival and propagation in the host, and thus reveal on both the host and the pathogen side new important molecular targets for treatment of infection. 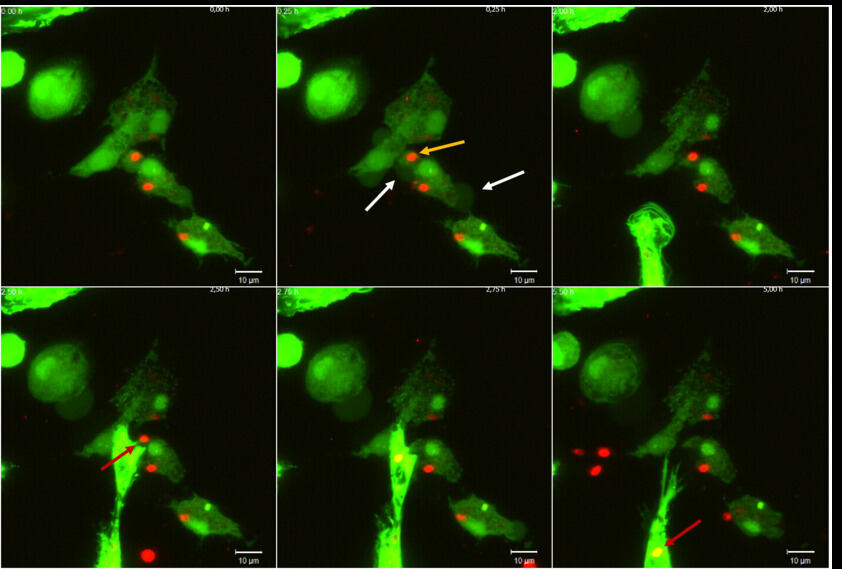